Of Fear and Strangers: A History of Xenophobia 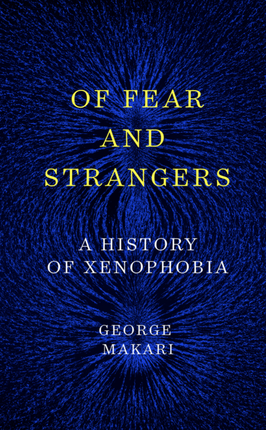 ​By 2016, it was impossible to ignore an international resurgence of xenophobia. What had happened? Looking for clues, psychiatrist and historian George Makari started out in search of the idea’s origins. To his astonishment, he discovered an unfolding series of never-told stories. While a fear and hatred of strangers may be ancient, he found that the notion of a dangerous bias called “xenophobia” arose not so long ago.
​
Coined by late nineteenth-century doctors and political commentators and popularized by an eccentric stenographer, xenophobia emerged alongside Western nationalism, colonialism, mass migration, and genocide. In this groundbreaking work, the author investigates these forces alongside the writings of figures such as Joseph Conrad, Albert Camus, and Richard Wright, and innovators like Walter Lippmann, Sigmund Freud, Jean-Paul Sartre, Simone de Beauvoir, and Frantz Fanon. In the end, Of Fear and Strangers pulls together the most critical contributions, to help us comprehend the “New Xenophobia” we now face.

“With elegance and passionate conviction, George Makari deconstructs one of the ugliest problems of our time. . . . With penetrating insight, he reveals the history of a grave weakness that is one of the wildest threats against coherent democracy and human kindness. . . . Of Fear and Strangers is at once a work of dispassionate reporting and brave moral righteousness.”

—Andrew Solomon, author of Far from the Tree​

“With astonishing range and lucid erudition, George Makari has again given us an intellectual history that illustrates how little we know about the ideas that animate and rule our world. . . .Breathtaking with its learnedness, dazzling as an easy-to-read narrative of complex ideas and knotty concepts. . . . In an epoch where nations often appear cleaved into equally disdainful mobs, Makari makes an airtight case that an enhanced understanding of the concept ‘xenophobia’ can serve as a skeleton key that will help unlock many of the psychic terrors currently haunting our cognitive processes and social worlds.”
​
—Anthony Walton, author of Mississippi: An American Journey 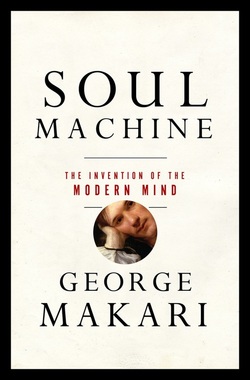 A brilliant and comprehensive history of the creation of the modern Western mind.
Soul Machine takes us back to the origins of modernity, a time when a crisis in religious authority and the scientific revolution led to searching questions about the nature of human inner life. This is the story of how a new concept―the mind―emerged as a potential solution, one that was part soul and part machine but fully neither.

George Makari, director of Cornell’s Institute for the History of Psychiatry, shows how writers, philosophers, doctors, and anatomists worked to construct notions of the mind as not an ethereal thing, but a natural one. Conducted in a cauldron of political turmoil, their efforts spanned 150 years and would underwrite the birth of the mind sciences, liberal politics, secular ethics, and radically new visions of the self, society, the ordering of knowledge, and the sources of unreason. Boldly original and synthetic, Soul Machine is a masterful new history of the mind, madness, and the emergence of psychological man in the Western world.


“An enlightening and gracefully written account of a vital aspect of our history that few of us are aware of—the replacement of the soul by the mind, and the struggle to understand its foundations in the brain.”
~ Steven Pinker, Johnstone Professor of Psychology, Harvard University, and author of
How the Mind Works and The Stuff of Thought

“In this sweeping, authoritative, and lively account, George Makari chronicles the emergence of the modern mind as an appealing yet unstable object of scientific inquiry, and shows why the long-standing goal of establishing boundaries between it and the brain and even the soul has proven so elusive. Illuminating and highly engaging.”
~ Elizabeth Lunbeck, author of The Americanization of Narcissism

“George Makari’s extraordinary Soul Machine is the urgent narrative of an idea. Firmly grounded in the bloody politics and intellectual battles of the seventeenth and eighteenth centuries, this lucid, brilliant book tells the complex, exciting, and passionate story of something that continues to baffle us: the human mind.”
~ Siri Hustvedt, author of The Blazing World

“An erudite exploration of the high-stakes struggle to make space in the modern world for that part of our being we call our minds.”
~ Anne Harrington, author of The Cure Within

“George Makari has written an all-encompassing and invigorated account of how we have come to think about the acts of thinking and feeling. Beginning with the 1600s . . . and taking us up through the Enlightenment . . . Makari brings an admirable thoroughness and balance to his writing. This is a book brimming with knowledge and lucid observations, one that helps us to
understand the evolution of our contemporary sensibility.”
~ Daphne Merkin, author of The Fame Lunches 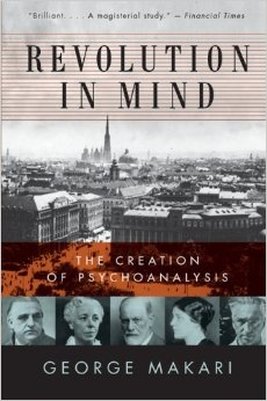 Groundbreaking, insightful, and compulsively readable, Revolution in Mind goes beyond myth and polemic to give us the story of one of the most controversial and important intellectual endeavors of the twentieth century. In this masterful history, George Makari demonstrates how a new way of thinking about inner life coalesced and won followers who spread this body of thought throughout the West. Along the way he introduces the reader to a fascinating array of characters, many of whom have been long ignored or forgotten.

Revolution in Mind is a brilliant, engaging, and radically new work—the first ever to account fully for the making of psychoanalysis.

"George Makari's Revolution in Mind is by far the best-informed history of psychoanalysis. Freud's context is more fully elaborated by Makari than ever before. I admire in particular the sanity and balance of this work, since it shows that Freud's value transcends his scientism."
~ Harold Bloom

"George Makari has written nothing less than a history of the modern mind. With an astounding breadth of knowledge and an unprecedented gift for synthesis, he takes his reader on a European journey that begins in the late nineteenth century and ends in the cataclysm of the Second World War. But Revolution in Mind is also a tragedy. It is the moving story of what we lost when the old world went up in flames."
~  Paul Auster

"Histories of psychoanalysis have tended to split into idealizing biographies or vituperative denunciations of one man, Sigmund Freud. So tiresome! Revolution in Mind is like the curtain going up on a vast opera with many competing voices, all determined to sing the inner life of humankind. This is a marvelous history which captures the passions and complexities of one of the most determined intellectual efforts of the twentieth century."
~  Jonathan Lear

"Revolution in Mind is an excellent, fascinating, and definitive history of psychoanalysis up to 1945. It brilliantly maps out the trajectories of the leading participants in that remarkably influential field, as some of them strove, with great difficulty, to make it a science. George Makari has written a tour de force."
~ Murray Gell-Mann